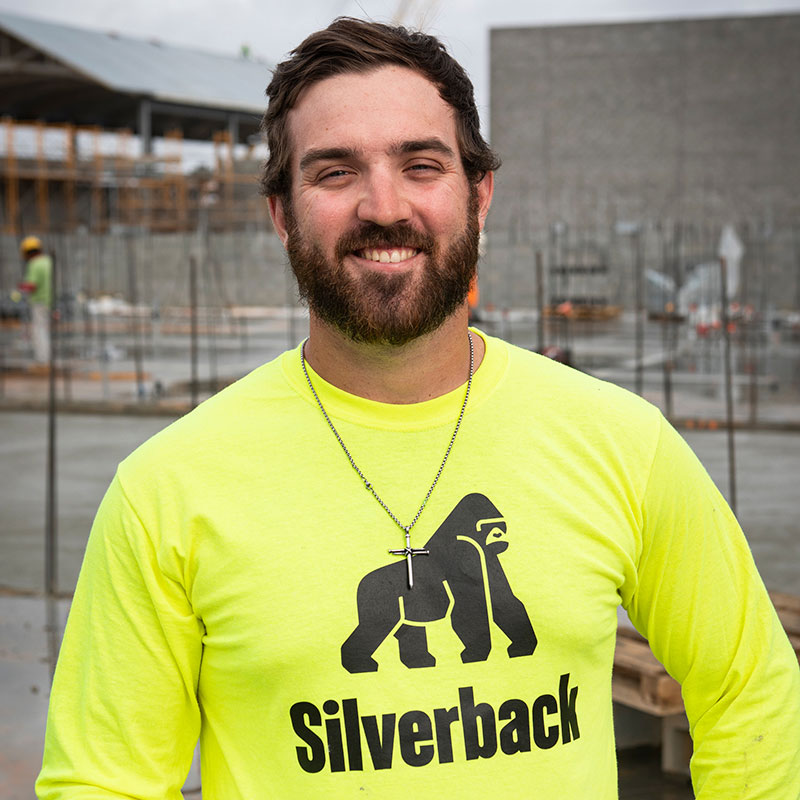 Jackson was born and raised in Gainesville. He worked as a plumber alongside his father for six years. Before joining Silverback, he also worked as a framer and concrete tester.

Jackson has worked on nearly every major Silverback job in the last three years as a laborer, superintendent, and now as a project manager. He has served on projects such as The Rock Church, One College Park, UF Institute of Black and Latino Culture, and Virginia Tech Agricultural Department.